Jemison is the 148th largest city in Alabama with a population of 2,248 according to the 2000 census. The city, which was incorporated in 1907, is located at the geological end of the Appalachian Mountain Range near the very center of the state.

Chilton County was added to Alabama’s territory in 1880.

27 years later, Jemison, AL was incorporated to honor Colonel Robert Jemison, Jr., one of the foremost developers of the early state of Alabama. 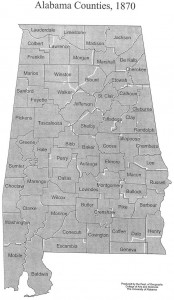 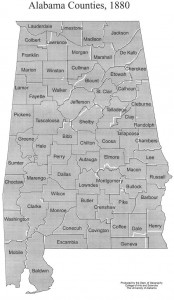 The area that is now Jemison has undergone many changes since the Creek Indians first enjoyed the sweet water springs. Jemison is located at the geological end of the Appalachian Mountain Range and hosts many different types of soil. The land has been used regularly for timberland cultivation for the lumber industry, major crop farming of peaches and sweet potatoes as well as livestock management.

Before the Louisville and Nashville (L&N) Railroad helped the area to grow, stagecoach drivers and tradesmen rested here on their way to the north or south. Travelers on their way from Elyton (Birmingham) to Montgomery and back rested overnight at a spring located between the home of Melba Patton Peterson and the railroad north of highway 191. Naturally, it was later called ‘Jemison Springs.’

The City’s namesake, Col. Robert Jemison, Jr., developed and operated a stagecoach line which he merged with other similar interests to expand the system into north and central Alabama. Before 1850, Mrs. Martha Francis Yeldell operated the Old Stagecoach Inn on what is now the Montevallo-Jemison Road (Highway 155).

R.J. Langston built the first house in the area in 1869 which travelers called Langston Station or Langstonville. The spot was name particularly for Mrs. Louise Langston, who owned most of the land that is now the City of Jemison.

The railroad gave the settlement a big boost. On February 17, 1854, the South and North Alabama Railroad Company was incorporated with plans to build the railroad from Montgomery to Guntersville, AL. The construction began and some work was done between Calera and Montgomery, but was halted and then destroyed during the Civil War.

With the idea for the L&N Railroad in mind, Col. F.B. Jackson, Mr. James Bevins and a Capt. Wallace set out to the area July 10, 1869. When the L&N Railroad acquired the railroad interest the tracks had to be totally rebuilt.

In 1870, Langston Station post office was established and located in the store owned by pioneer merchants, D.A. Aliston and M. Childers. Mr. Aliston served as the first postmaster.

Col. John T. Milner, in charge of constructing the section of the railway system that ran through Langston Station, offered the name “Jemison” to the area for his good friend Col. Robert Jemison. Col. Jemison was the most prominent businessman in Tuscaloosa and the Confederate Senator from Alabama preceding the Civil War. Mr. Jemison had been largely responsible for the construction of the Alabama-Chattanooga Railroad.

In September, 1870, the first train passed through this area, although the first train depot was not built until 1872. Mr. Coy Gibbons was a past Jemison depot manager, who lived in Thorsby. He sent and received messages by Morse code. He also bagged postal mail and hung the bag on a pole for the Number 3 mail train which came out of the north late in the afternoon. When the train passed by non-stop, the mail bag was retrieved with a hook; but at times the mail would be scattered on the tracks when the hook dislodged the mail pouch rather than retrieving it.

For years, the US Postal Service misspelled the name of the town as Jamison rather than Jemison. This was not corrected permanently until 1888. A local politician attempted to change the City’s name to Bristol in approximately 1890 but it never caught on and the name of Jemison has been retained ever since.

The first school in Jemison was taught by Mrs. John R. Hornaday followed by Mrs. A.E Burns meeting at the old Baptist Church building site. A school was later begun on the upper level of Mr. Langston’s store and was taught initially by Mrs. Lide.

Businesses in the area have traditionally been agricultural and many of those industries remain today in some form or another. Shortly after the railroad was completed, a sawmill was erected by Smith and Gibbons. Other prominent businesses included the first hotel built circa 1889 by J.H. Hughes and various doctor’s offices for J.A. McNeill, Dawson, Caffey, and Graham. 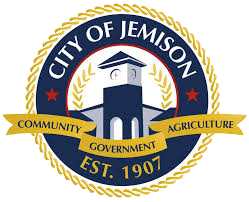